WP: CIA chief Burns discussed the possibility of Putin and Biden meeting during his visit to Moscow 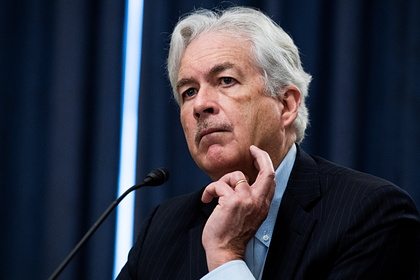 Director of the US Central Intelligence Agency (CIA) Burns, during his visit to Moscow in early November, discussed, among other things, the possibility of a face-to-face meeting between Russian and American Presidents Vladimir Putin and Joe Biden. Another purpose of his trip to the Russian capital was named by The Washington Post sources familiar with the situation.

According to the newspaper's interlocutors, during his visit to Moscow, the CIA chief negotiated the possibility of a meeting between the leaders of Russia and the United States in the first half of 2022. As the sources explained, such a meeting would allow Washington to gain time to achieve unity with its allies in Europe regarding Russia or to revive the process of a political settlement of the conflict in Donbass.

At the same time, the White House did not officially comment on this topic, notes The Washington Post.

Burns arrived in Moscow in early November on behalf of Biden to hold a series of meetings with the Russian authorities and discuss issues related to US-Russian relations. In particular, he met with the Secretary of the Russian Security Council (SC) Nikolai Patrushev, with whom he discussed arms control and cyber security, and also held a telephone conversation with Putin on regional conflicts.

At the same time, a number of sources and experts argued that the main purpose of Burns's visit was to warn Russia about Ukraine.