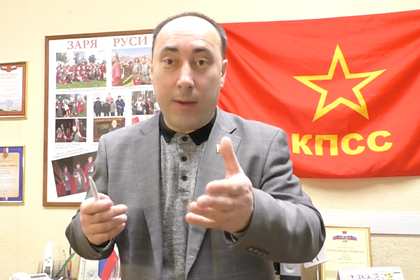 A member of the Communist Party of the Russian Federation said that he did not threaten the deputy at that moment, because, in his opinion, Altukhov was “hamloing out of the doorway.” He said that he was born in the Far East, where it was not customary to enter into negotiations with rude people.

“If he continues to insult, then, naturally, we will fight with him. I'm afraid he will suffer a complete fiasco, “Sidorko said.

In turn, the deputy from the Communist Party of the Soviet Union called his opponent a bandit and a thug, and also said that he was submitting an application to the Investigative Committee because aggravating circumstances and because of political hatred.

“A vice-speaker, politician, deputy, he must set an example, but he behaves like a bandit and punks – this must be fought,” Altukhov emphasized. p>

Earlier, the deputy of the Ryazan Regional Duma, Vladimir Sidorov, urged to shoot people who buy and sell certificates of vaccination against COVID-19. He later explained that he spoke emotionally for personal reasons.