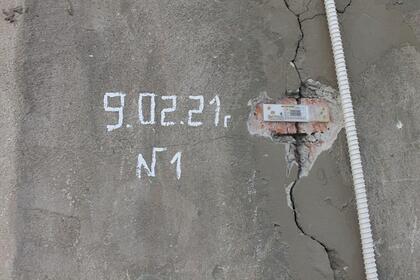 Cracks have started in an apartment building on Lenin Street in the center of Novosibirsk after some entrepreneurs carried out major repairs in the basement. The Russians are afraid of the collapse of the nine-story building, Sib.fm reports.

According to the portal, the commercial areas of the building No. 59 on Lenin Street have always been occupied by shops, the residents of the house have long since lost the right to access the basements – all of them have been sold … The new owner made repairs in the basement and let the tenants in.

A mortal threat loomed over the residents of the high-rise building when, in 2016, they noticed cracks in the staircase. City officials advised citizens to go to court. Four years later, the situation worsened – cracks appeared on the outer walls, and there were suspicions that the foundation had “floated”. Residents asked the owner of the basement to provide design documentation for the repairs carried out there. He promised to show the papers, but did not fulfill the promise.

Meanwhile, the citizens turned to the Prosecutor General of Russia Igor Krasnov for help and wrote complaints to other authorities. During the inspection, the housing inspectorate revealed serious inconsistencies with the project. The basement owner must restore the premises to their previous state by December 31, 2021. However, residents believe that internal work is not enough – the foundation needs to be strengthened. If the house starts to collapse, two entrances will instantly collapse, the interlocutors of Sib.fm said.

In early November, the collapse of a 22-storey building in Nigeria claimed the lives of five people. An unfinished building with luxury apartments in Lagos collapsed suddenly, rescue teams and local residents worked all night at the crash site. They managed to save four people from the rubble of the building.