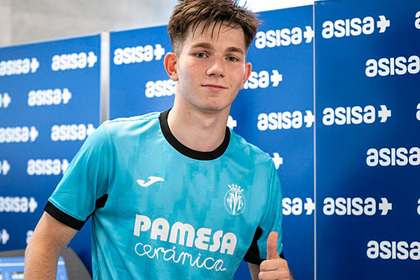 ” »In the first round of the Spanish Cup. The results are available on the team's website.

In the 63rd minute, 20-year-old Russian footballer Nikita Iosifov joined Villarreal. For the midfielder, it was his debut in the main team. On the 87th, he scored a goal. The footballer's team won with a score of 8: 0.

Iosifov signed a contract with Villarreal in July this year. The 20-year-old midfielder has a five-year contract. Prior to that, he played for the second team of Villarreal.

The footballer is a graduate of the Moscow Lokomotiv academy. As part of the “railroad”, he played six matches. The midfielder's contract with the club expired on June 30.