Advisor to the head of Zelensky's office, Podolyak, assessed Erdogan's proposal for mediation 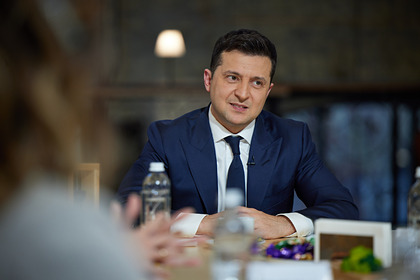 The office of President of Ukraine Vladimir Zelensky supported the proposal of Turkish leader Recep Erdogan to mediate between Kiev and Moscow. This was reported by the Vesti.ua Telegram channel.

Advisor to the head of the office, Mikhail Podolyak, said that Ankara's position is always specifically reasoned and taken into account by other players. “We very much appreciate this activity of President Erdogan and are grateful for it. And it would be right for the Russian side not to reject the mediating efforts of the Turkish President, “Podolyak said.

Erdogan said that Turkey is ready to become a mediator in relations between Russia and Ukraine on the settlement of a potential conflict between them. “We will develop these negotiations both with Ukraine and with Mr. [Russian President Vladimir] Putin. We want us to participate in resolving this issue, “he said.

The statement was made against the background of accusations from Kiev and the West against Russia in preparing a military operation against Ukraine. The Kremlin denies any aggressive plans.