President Vucic: Serbia was able to save one billion euros due to the price of gas from Russia 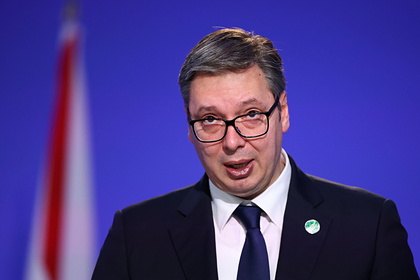 Serbian President Aleksandar Vucic revealed the amount that the country saved thanks to the favorable price for Russian gas, which was set by Moscow during the negotiations. This is reported by TASS with reference to local media.

According to him, Belgrade was able to save at least one billion euros. The President noted that this is a strategic issue for Serbia. “This is a huge savings,” he stressed.

Earlier, Vucic said that Russia agreed to supply gas to Serbia on an exceptional price terms. “President Putin has shown exceptional friendliness to Serbia: we managed to get an incredible $ 270 gas price for the next 6 months, so the price for us does not change, it remains exactly the same. We agreed to increase the amount of gas for these 6 months, as well as the flexibility [of supply], which I especially asked President Putin for, “Vucic said.