On the Day of Remembrance of the Holodomors, Ukrainian bloggers threw a party with eroticism 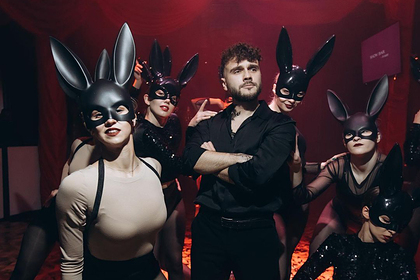 Zalisko celebrated his birthday on November 27. One of the halls of the architectural monument, the House of Scientists, where the Soviet television film “D'Artanyan and the Three Musketeers” was filmed, became a dance floor for the blogger's guests. The celebrants were entertained by a DJ dressed with angel wings and several girls in revealing outfits.

Apparently, Ukrainian bloggers were aware of the unusual coincidence of dates. One of the guests captioned the photo with the treats at the party as “a hungry blogging party.” Zalisko himself said that he was not going to postpone the holiday to another day. On his Instagram page, he called the accusations against him “hypocrisy,” and described his birthday as “the greatest party of the year.”

The Day of Remembrance of Holodomor Victims has been celebrated in Ukraine since 1998. Traditionally, a minute of silence passes in the country, candles are lit at the monuments to people who died of hunger. The Ukrainian authorities periodically try to politicize the holiday, calling the famine of 1932-1933 “genocide of the Ukrainian people.” The Ukrainian ate food on the spot.