Taliban representative Mujahid on the recognition of Crimea: residents of the peninsula have the right to vote 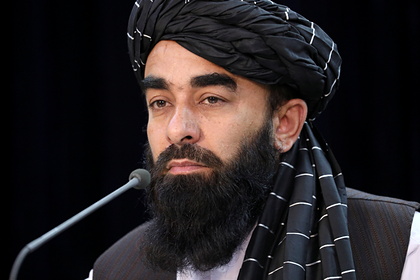 Taliban movement (banned in Russia terrorist organization) supports the people who live in Crimea, they have the right to vote. This is how the official representative of the grouping Zabihulla Mujahid answered the question about the ownership of the peninsula in an interview with Octagon.

“As for Crimea, I want to say that this is the case of Ukraine and Moscow. We hope this issue will be resolved soon. God forbid that because of this there was a war in the region and other countries used it for their own purposes. If people want to live in Russia, we agree with them, “Mujahid added.

Speaking about the official recognition of Crimea as Russian territory, the Taliban representative said that if the inhabitants of the peninsula want to be with Russia, then the movement is for.

Officially, Russia, like other UN member states, does not recognize the Taliban in Afghanistan.

Militants of the radical movement entered Kabul and announced the establishment of control over the entire territory of Afghanistan in August.