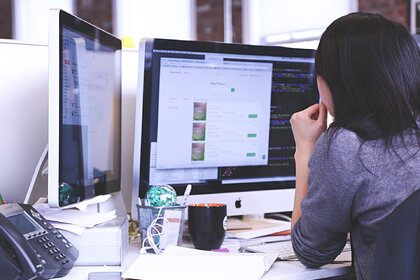 Earlier, a bot appeared in the telegram channel, which, at the user's request, creates a link to a fake news, allegedly posted in such major media as ” Lenta.ru “,” Kommersant “and others. The editorial staff of Lenta.ru is already aware of several attacks.

According to an information security specialist, news sites are often used in fraudulent schemes. “The scammers have no purpose to attack the media itself. It is used as a guarantor of the reliability of fake news, and third-party links are already added to the news itself, where they really deceive the user. More often than not, a few more steps must be taken in order to get to a fraudulent resource, where you will either be asked to enter some of your data, if this is a simple fraud, or you can be guided for several months before you start investing in the site and invest more and more if it is a more complex fraud, such as an investment one. This is a kind of psychological trick, which is tied to the fact that fraud is greatly stretched in time, and you are rubbed into trust – this is a classic scheme using media sites, “- said Kravtsov.

In order not to fall for the trick, you need to pay attention to the domain name, the specialist warned.