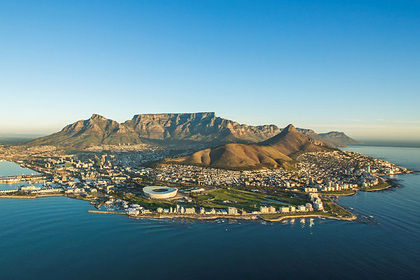 borders amid the discovery of a new strain of COVID-19, they offered to evacuate the country on a private jet. RIA Novosti writes about this

“Approximately on Wednesday, December 1, a Boeing 737-500 will fly from Cape Town to Moscow with two refuelings in Uganda and Egypt. The total flight time is 15-16 hours. The flight is paid, “the Russian Consulate General in Cape Town said and added that the number of seats on board is limited – a maximum of 15 people.

It is specified that the price of one ticket is 15 thousand euros (1.2 million rubles ). The price of the flight includes hand luggage and luggage weighing up to 21 kilograms.

The representative of the flight organizers explained that the charter was ordered by a large Russian company operating in the field of fitness and sports tourism. Prior to the cancellation of flights, the company brought clients to sports camps in southern Africa, and now has ordered a liner to take them out.

Earlier in November, domestic travelers who were stuck in South Africa due to Russia's interruption of flights with South Africa revealed details their situation and described it with the words “we will sound the alarm.” According to one of the Russians, at least eight people he knew were in a similar position.

On November 26, it became known that a new strain of COVID-19 had arrived in Europe, which is designated as B.1.1.529. The first cases of the disease were detected in South Africa, and the first EU country in which the strain was detected was Belgium.