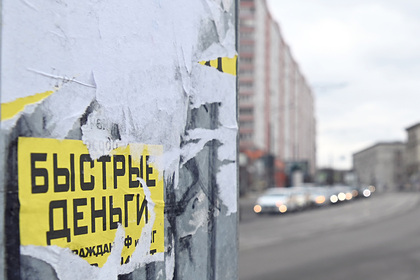 Kalmykia and Tuva became the regions-leaders in terms of the population's debt load in 2021. This is stated in a study by RIA Novosti.

The ratio of per capita bank debt to annual wages in Kalmykia is 100.1 percent (a year earlier it was 86.9 percent). In Tuva, this figure was 87.4 percent. The Kurgan region closes the top three with 82.2 percent. The least indebted were residents of Ingushetia (11.3 percent), Chechnya (22.6 percent) and Dagestan (22.8 percent).

The total debt of one Russian citizen to banks exceeds 300 thousand rubles.

Earlier, a bill was introduced to the State Duma according to which the maximum rate on consumer loans and borrowings in Russia could be reduced from the current one percent to 0.8 percent per day. Changes to the law “On consumer credit (loan)” (353-FZ), which should save Russians from loans at 365 percent per year and limit the maximum value of the total cost of a loan to 292 percent, was proposed by a group of deputies led by the chairman of the financial market committee Anatoly Aksakov.

In October it became known that the total amount of debt on loans to individuals in Russia as of July 1, 2021 is 23.9 trillion rubles. Prior to this, the Central Bank has repeatedly raised the problem of high debt burden of the population. At the end of September, the regulator announced that it would consider at the end of the year the issue of changing the formula for calculating the debt burden indicator. The Central Bank plans to increase macroprudential premiums to complicate the issuance of long-term loans and the issuance of loans to citizens with a high debt burden.