Reserve Colonel Igor Korotchenko: Russia will not respond with maneuvers to US provocations 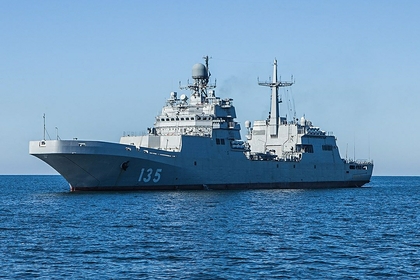 Chief Editor of National Defense magazine Igor Korotchenko revealed the reasons why Russia ignores US provocations. He spoke about this in an interview with the publication URA.RU.

According to the military expert, Russia does not need to respond with maneuvers, since it protects its maritime borders and ensures their safety. “There is no military or political expediency in this. The main thing for us is to ensure the security of our perimeter and borders, ”he explained. According to Korotchenko, any actions by Russia will be legitimate to suppress provocations, but the Russian command will not go through provocations.

Military observer and Russian reserve colonel Alexander Zhilin added that the military doctrines of Russia and the United States differ. “In the open part of the American doctrine, if you read carefully, you will see that the American army is purely interventionist,” he recalled, explaining this by the location of the United States. At the same time, Russia's policy is defensive, since it has “enough territory.”

On November 25, the US Navy's missile destroyer Arleigh Burke (DDG-51) entered the Black Sea. The mission of the battleship is to start working with NATO allies and partners in the region.