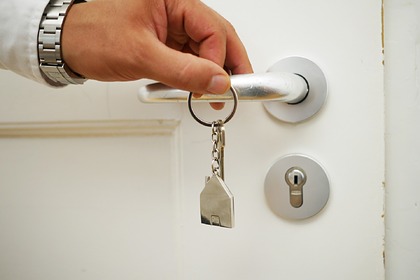 The Tel Aviv court satisfied the 85-year-old woman's claim , who asked to cancel the deed of gift for the apartment. The judge ruled that the son of the pensioner, who was given a living space, treated his mother roughly, Vesti Israel reports.

After the apartment was registered in the name of the eldest son, the pensioner asked to cancel the previous donation in favor of the youngest son. According to her, the document was signed after threats and insults. As evidence of her son's aggressive behavior, she cited her letter written immediately after the scandal.

According to the defendant's version, the pensioner wrote a statement of claim under pressure from her eldest son, and initially the apartment was donated of her own free will. The youngest son said that the mother had no right to cancel the deal, and denied the rough treatment of her. Nevertheless, the court satisfied the mother's claim. The decision noted that the defendant was unable to refute the mother's allegations of ill-treatment. According to the court, the pensioner understood what she was doing when she gave the apartment to her eldest son. Also, the youngest son is now obliged to pay legal costs in the amount of 29,250 shekels (694.67 rubles).

Earlier in 2021, a housing dispute broke out between the famous football player Andrei Arshavin and his ex-wife Alisa Kuzmina. In February, the athlete achieved the eviction of the ex-wife and common daughter of Yesenia from the mansion. As it turned out, the house was owned by Arshavin's mother, who demanded that the former daughter-in-law and granddaughter vacate the living space.