The most popular Russian cities for recreation in December were Moscow and St. Petersburg 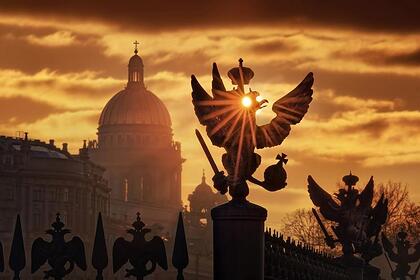 trips in December – they were Moscow and St. Petersburg. This was reported in a study of the travel planning service OneTwoTrip, which was received by the editorial office of Lenta.ru.

So, it turned out that 61.8 percent of Russians are interested in flights across the country with a departure from December 1 to December 31, while the remaining 38.2 percent are planning a vacation abroad.

Moscow is one of the most popular destinations for domestic tourism – 10.4 percent of Russians were looking for tickets to the capital, St. Petersburg – 6.7 percent, and Sochi – five percent. In addition, the list included Istanbul (3.2 percent), Krasnodar (2.5 percent), Kaliningrad (2.3 percent), Simferopol (2.1 percent), Mineralnye Vody (two percent), Yerevan (1.9 percent) and Ufa (1.8 percent).

Turkey became the leader among foreign destinations with a share of search queries of 12.5 percent. The second place was taken by Uzbekistan – 8.1 percent, Thailand is in third place – 6.4 percent. There is also a demand for air tickets to Tajikistan (six percent), Armenia (5.9 percent) and the UAE (4.7 percent).

Earlier in November, Russian tourists planning a holiday abroad for the New Year were given some tips for buying inexpensive airline tickets. According to Aleksan Mkrtchyan, General Director of the Pink Elephant travel agency network, the chances of finding cheap tickets for winter holidays are decreasing every day, since most travelers bought them back in August and September.