RIA Novosti: The Ka-52M Alligator will enter service with the Russian army in 2022 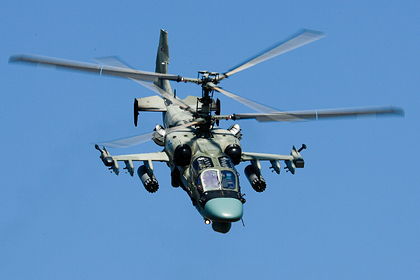 The first 15 Ka-52M Alligator helicopters “Will enter service with the Russian army in 2022. In total, the Ministry of Defense will receive 30 combat vehicles under the contract concluded with the Russian Helicopters holding at the Army-2021 exhibition. This is reported by RIA Novosti.

It is noted that the first batch of helicopters will arrive in 2022, and the second in 2023, that is, the Ministry of Defense will receive 15 vehicles a year. For internal customers, each of the “superaligators” will cost 1.075 billion rubles. However, the indicated cost does not include ammunition, spare parts and other consumables.

The Ka-52M is a modernized version of the Ka-52 Alligator reconnaissance and attack helicopter, which has been produced since 2010. The new machines will be equipped with an optical-electronic system with an increased range of detection and recognition of targets, as well as a new digital drive, which will increase the accuracy of aiming when firing a cannon.

The first flight of the Ka-52M took place in 2020 at the aircraft plant “Progress” in the Primorsky Territory. The aircraft is designed for reconnaissance of the area, destruction of tanks and military equipment, other helicopters and aircraft.