“Kommersant”: the FSO colonel was cleared of the charge of accepting a bribe, but left the theft of 50 million rubles 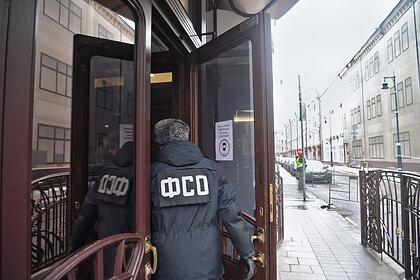 Military investigators completed the investigation about fraud and embezzlement of 50 million rubles in the supply of office equipment and computers to the FSO, in which the colonel of the special services Dmitry Shirenov is accused. This is reported by Kommersant.

According to the newspaper, the accused was cleared of the charge of accepting a bribe in the form of a MacBook Pro computer worth 219,000 rubles, which was presented to him by businessmen, according to the investigation, for helping to conclude government contracts. However, in the course of the investigation it turned out that Shirenov was delivered a laptop at the expense of his share of the stolen funds. In addition, Shirenov was charged with embezzling 50 million rubles.

According to the investigation, the FSO colonel, in his position as head of the department of complex projects of the military-technical supply department of the economic support service, committed fraud, assisting his acquaintances from the management of a private companies to Alexei Chernetsky and Natalya Potapova, who won a tender for the supply of office equipment and computers to the FSO. The department and the supplier entered into four government contracts for 200 million rubles, of which 50 million were stolen by the defendants in the case due to the inflated prices.

The criminal case was initiated in the spring of 2020.