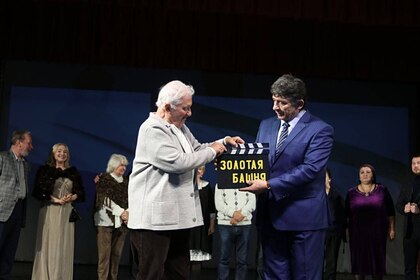 The 7th Golden Tower International Film Festival has started in Ingushetia. This was reported on the website of the Ministry of Culture of the region.

It is noted that the event will show more than 50 documentary and artistic films from 30 countries. Among them are Russia, Estonia, Kyrgyzstan, Mexico, Azerbaijan, Ukraine, Kazakhstan and Uzbekistan. In parallel with the film festival, free screenings and meetings with filmmakers will be organized.

The jury will determine the winners in 16 nominations. The laureates will receive special diplomas, golden statuettes in the form of a reduced copy of a medieval Ingush tower and gifts. The festival will last until December 4.

The Golden Tower has been held in Ingushetia since 2014. The project is aimed at “strengthening the cultural, educational, art history and information function of cinematography, wider familiarization of the inhabitants of the Republic of Ingushetia with the achievements of modern Russian cinema and masterpieces of world cinema, as well as familiarizing children, teenagers and young people with cinematography.”