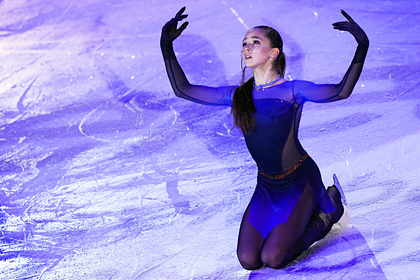 Italian ice dancing champion Matilda Chiccia commented the program of the Russian figure skater Kamila Valieva at the Grand Prix in Sochi. She is quoted by InoProSport.

According to her, Valieva is an excellent skater, she has perfect control of herself, technical potential, is excellent in components, rotations and is perfect in all jumps. However, the downside to her free program is the interpretation of the music. “Ravel's” Bolero “in the performance of a single skater loses a lot,” Ciccia said.

The former skater noted that in single skating, skaters are more worried about the technique of performing the elements. But, in her opinion, speaking to the Bolero, the athlete should interpret it and give the same emotions as the music.

“The Bolero helped her to attract the attention of the public and the judges,” Ciccia said. Ravel's choice of music for the record-breaking free skating program. At the same time, Chiccia emphasized that Camila is a wonderful skater, she jumps well, she is elegant and beautiful.

Valieva won the Russian Grand Prix and qualified for the series finals. In Sochi, Kamila broke the world record in the short program (87.42), which previously belonged to Alena Kostornaya (85.45). For the free program, the figure skater received 185.29 points, and the final amount of Valieva – 272.71 points, which is also a world record.