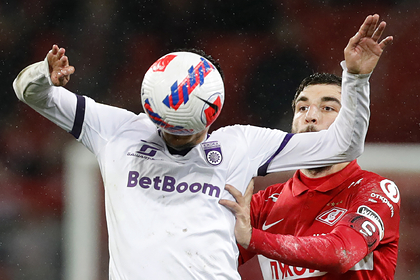 Moscow Spartak drew with 1: 1 against Ufa in the match of the 16th round of the Russian Premier League (RPL). This was reported by the Lenta.ru correspondent.

The meeting took place at the Neftyanik stadium in the capital of Bashkiria. In the first half, the teams did not score goals to each other. The hosts took the lead in the 70th minute of the meeting. The Russian defender of Ufimtsev Alexey Nikitin distinguished himself. On 86 minutes, Spartak's defense player Nikolay Rasskazov received a second yellow card and left the field. Spartak equalized the score in stoppage time thanks to striker Alexander Sobolev's goal from the penalty spot in the 95th minute.

Thus, Spartak cannot win in the RPL for six matches already. The last time the red and whites won on October 3 was against Akhmat Grozny.

After 16 matches, Spartak have 20 points. The team ranks tenth in the national championship standings.