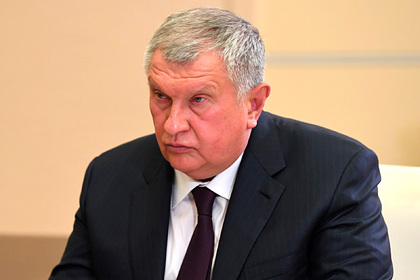 Russia and China have significant potential for low-carbon energy. Therefore, it would be advisable to consider the possibility of combining efforts to develop and implement high-tech low-carbon technologies and artificial intelligence systems in the oil and gas industry. This was stated by Igor Sechin, executive secretary of the Commission under the President of the Russian Federation on the development strategy of the fuel and energy complex and environmental safety, the head of Rosneft.

“Our countries have significant potential for low-carbon energy, and hydrocarbon production is also becoming more and more technological. In this regard, I would consider it expedient to consider the possibility of combining our efforts to develop and implement high-tech low-carbon technologies and artificial intelligence systems in the oil and gas industry, “Igor Sechin said at the opening of the 3rd Russian-Chinese Energy Business Forum.

Igor Sechin expressed confidence that in the long term, the energy sector will retain a key role in relations between Russia and China, even in the context of a global revision of approaches to its development, as Russian companies are increasing their emphasis on supplying consumers with “green” energy with a low carbon footprint, which is completely is in line with the long-term energy vision of both countries. The growing interconnectedness and complementarity of the two major world economies shows enormous potential for the development of trade, economic and investment cooperation between our countries.

“The intensive development of infrastructure and large-scale logistics projects in Russia, such as the Northern Sea Route, the modernization of the Baikal-Amur Mainline, the Power of Siberia gas pipeline, as well as the Europe-China transport corridor, will give a new impetus and strengthen our cooperation,” said the head Rosneft. Energy contacts between Russia and China are not limited to oil and gas, he is sure.

According to Igor Sechin, the leaders of the PRC and the Russian Federation have set goals to achieve carbon neutrality by 2060. In May 2021, the leaders of the countries personally launched the construction of new units of the Tianwan and Xudapu NPPs, carried out jointly with the Russian company Rosatom. These are the largest Sino-Russian joint nuclear energy projects today, reflecting the high level of Sino-Russian cooperation.

“The development of cooperation in nuclear energy will play a big role. In addition to the construction of large units, which were previously implemented, and in May this year they began to additionally build on existing sites, we are considering the development of cooperation in the use of low-power reactors. Here Russia is the world leader. We expect that our Chinese partners will also use such an environmentally friendly source of energy, and we will develop our partnership here, “- Deputy Prime Minister Alexander Novak commented on the energy cooperation between China and Russia.

Igor Sechin noted that the most modern reactors of the 3+ generation being built in China by Russian specialists are distinguished by increased safety, reliability and power, a 60-year service life and a high installed capacity utilization factor (90 percent), as well as the ability to operate for 18 months without reloading. fuel.

“Our Chinese partners are showing great interest in the BN-800 fast neutron technology reactor, on the basis of which it is planned to carry out the final development of this technology, which in the future will make it possible to close the nuclear fuel cycle,” Igor Sechin said .

The head of Rosneft noted that China's plans for the 14th five-year plan (2021-2025) pose new challenges for the country, which include changing the quality of economic growth and creating new development formats.