Bloomberg: The International Maritime Organization has postponed decision-making on climate 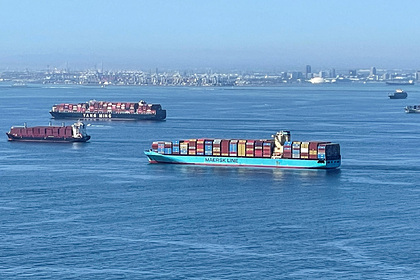 The International Maritime Organization (IMO), which regulates shipping during which the participants discussed climate issues. According to Bloomberg, the outcome of the negotiations jeopardizes the achievement of the goals of the Paris Agreement, the implementation of which is necessary to save the planet.

IMO agreed to revise its decarbonization strategy only in 2023. The commitment to achieve zero emissions has not received formal approval, and the introduction of small fuel charges to fund the development of cleaner analogues has been postponed until the next meeting. That said, the current strategy falls short of the goals of the Paris Agreement.

To achieve zero emissions, shipping will need to eliminate fuel from oil and use cleaner and more expensive alternatives. IMO planned to take a series of strict measures to achieve carbon neutrality, and significant progress was expected from the meeting. However, the adoption of global decisions was postponed until the next negotiations.

A large shipping group called the negotiations a missed opportunity. The head of the regulation department of the shipping company A.P. is of the same opinion. Moller-Maersk Simon Bergulf. “The meeting was disappointing,” he said, adding that during the talks, representatives of progressive countries were very careful, while states with a weaker environmental agenda, on the contrary, showed the greatest willingness to change. Bergulf emphasized that more courage and risk are needed now.

Companies and governments around the world are increasingly committing themselves to reducing emissions to meet the Paris Agreement's goals of limiting the rate of increase in the average temperature of the Earth within 1.5 degrees Celsius of pre-industrial levels. From October 30 to November 12, a climate summit was held in Glasgow, Scotland, within the framework of which the participants agreed on a number of measures to reduce harmful emissions.