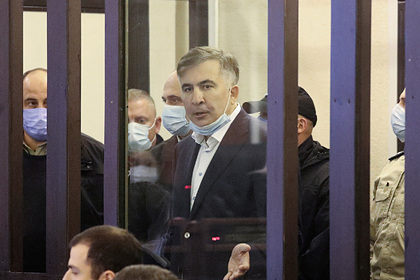 Former Georgian President Mikheil Saakashvili left the courthouse in Tbilisi in an ambulance car. This was reported by the RT Telegram channel.

It is noted that Saakashvili's speech in court lasted about an hour. In particular, during this time he managed to accuse Russia of the protests that took place in Georgia in 2007 and talk about his achievements in the presidency.

After the meeting, the ex-head of the republic was taken from the court in an ambulance resuscitation car under escort of several cars.

On the morning of November 29, Mikheil Saakashvili was taken to court for a hearing on the case of violent dispersal of the November 7, 2007 rally. The former president of Georgia is accused of involvement in the violent actions of the police and special services, as a result of which hundreds of protesters were hospitalized with moderate and severe injuries.

During the meeting, Saakashvili refused to admit the accusation of the prosecutor's office and the Georgian justice, comparing it with a “pre-written comedy”.