Ukrainian Foreign Minister Kuleba: the plan for Russia's invasion of Ukraine is on the table in Moscow 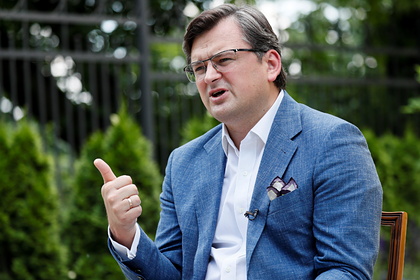 Ukrainian Foreign Minister Dmitry Kuleba said that the plan “ invasion “of Russia into the republic” is on the table in Moscow. RIA Novosti writes about this with reference to the Delfi edition.

According to the minister, Russia is considering the invasion as one of the alternatives. “There is no evidence that the decision to implement it has already been made in Moscow, but this option is on their table,” he said.

According to Kuleba, Ukraine and its partners are currently working on to dissuade Russia from choosing an “invasion”. The minister argues that this will not be achieved by concessions, but only by a powerful policy of containment.

According to the politician, Moscow in 2014 “could not achieve all of its goals, so for the Russian army, a campaign against Ukraine will not be easy. ”

Earlier, Bloomberg, citing sources, said that US officials had expressed fears that Moscow might consider the possibility of a“ military operation ”. At the same time, the United States did not transfer any data on the basis of which such conclusions were made.