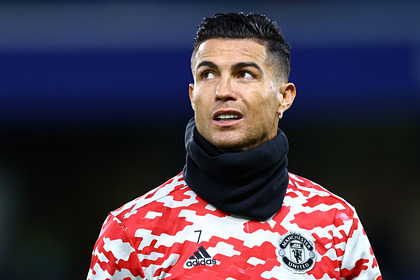 Manchester United Cristiano Ronaldo did not arrive in France, where the Ballon d'Or ceremony will take place in the near future. The post is available on the Twitter account of the publication's reporter Pedro Sepúlveda.

According to the newspaper, the 36-year-old Manchester United forward refused to attend the ceremony. This decision was associated with the reluctance of the Portuguese himself to be present at the awarding of the Argentine striker Paris Saint-Germain Lionel Messi with the main prize. It is the Argentine who is considered the favorite to receive the Ballon d'Or. In this case, Messi will win the award for the seventh time in his career.

At the end of October, Marca conducted a poll and identified the favorite in the fight for the Ballon d'Or. 34 percent of respondents preferred Messi. In second place was Real Madrid striker Karim Benzema, in third place was Bavaria's Polish forward Robert Lewandowski.

This season, Ronaldo played 15 matches for Manchester United in all tournaments and scored ten goals. Messi has four goals in 11 appearances for PSG.