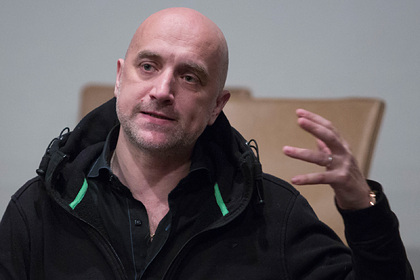 persecuting singer Olga Buzova and rapper Morgenstern. This is reported by Starhit.

Prilepin called these stars a reflection of modern society, and recalled that they grew up in a country that “watched humorous programs from morning till night, earned money, despised the history of the last century.” p>

The writer admitted that he did not like the public image of Buzova. At the same time, he condemned the fact that the performance with her participation “The Wonderful Georgian” was excluded from the repertoire of the Moscow Art Academic Theater (MKHAT) named after Gorky.

“But suddenly it is loudly announced that this citizen should not be in the theater. Maybe put a stamp on her chest, that she is “obscene”, that she is out of decent society? If we are going to work with young people in this way, declaring that Buzov and Morgenstern should be imprisoned or drowned in a swamp, we will, of course, get the opposite effect. Teenagers will decide that the adult world consists of people who are at least incapable of dialogue, “Prilepin believes.

He added that he himself has” obscurantist conservative views “, but does not support bullying against the stars. The writer noted that with the help of Buzova's criticism, people are trying to demonstrate their culture. At the same time, according to Prilepin, these people actually live outside the cultural context.

Earlier, Prilepin advised the head of the Investigative Committee of Russia (TFR), Alexander Bastrykin, to set himself more serious tasks than checking the words of rapper Morgenstern about the unnecessary celebration Victory Day. The writer said that the phrase about the meaninglessness of the May 9 holiday was said by many.