Pirelli has posted pictures of The Cal's 2022 musicians 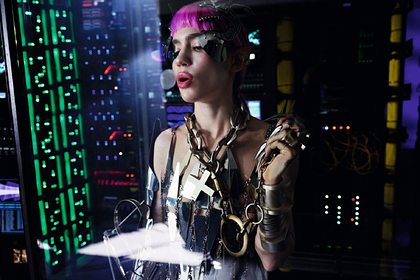 Pirelli has posted pictures of The Cal's new 2022 calendar … The pictures appeared on the official website of the brand on Monday, November 29.

So, one of the frames of the series captures the rap singer Saweetie pushing a trolley with suitcases in the hotel lobby, on the other – the singer Bohan Phoenix, standing on black piano with a naked torso. The heroes of the shooting also became Rita Ora lying in an empty bathtub, rock vocalist Iggy Pop, St. Vincent, Normani Corday, Cher and other musicians. In total, the issue contains more than 160 pages, 70 of which contain photographs.

“Pirelli's 2022 calendar in a stylish album-shaped sleeve resembles a collectible vinyl record. This is the right packaging for the first Pirelli calendar, which is not only entirely dedicated to musicians, but also created by one of them – the legendary rocker Brian Adams, “the company's website says.

In August, it became known that the calendar for 2022 was called “On the Road” and tells about the lifestyle of musicians who are constantly on the road during their tours. As noted by filmmaker Brian Adams, the overall theme of the new release is music. “A day in the life of every artist, a special moment of the day: before or after going on stage, lunch at a restaurant, rest at a hotel during the tour. I shot each of the heroes with the idea of ​​showing just such a special moment, “the photographer explained his idea.

It is noted that the calendar began to be filmed last year, but it was not possible to complete the work due to the outbreak of the coronavirus. “Due to the pandemic, none of the musicians are on the road. This is the irony of the situation – all people travel, but the musicians do not, because the concerts were canceled, “commented Adams.

The Pirelli calendar, or The Cal, appeared in 1964. Its creators were employees of the marketing department of the Italian tire manufacturer Pirelli. Each calendar is dedicated to female beauty, reflects the trends of modern society and has both artistic and social significance.