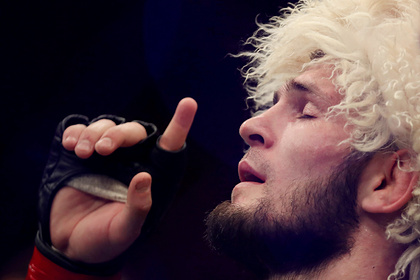 Former mixed style fighter (MMA) Fighting Championship (UFC) at home – in Dagestan. He spoke about this during an interview on the YouTube channel ESPN MMA.

33-year-old Nurmagomedov will not resume his career. In an interview with a journalist, he stressed that nothing can force him to return to the octagon. The ex-champion is expecting victories from fellow Russian fighter Islam Makhachev.

“Makhachev must take the championship belt. Return him to Dagestan. At the end of next year, he will do it, “he said.

Makhachev won nine victories in a row in the UFC. The next opponent of the Russian will be the American Beneil Dariush. The fight will take place in February 2022.

Makhachev has been repeatedly named the successor of Nurmagomedov in the UFC lightweight division. The Russian was highly praised by his mentors: American Kickboxing Academy head coach Javier Mendes and Nurmagomedov's father Abdulmanap Nurmagomedov, who died in July 2020.