Odnoklassniki presented the nominees for the best content award 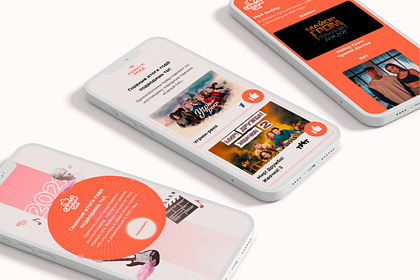 The Odnoklassniki social network will hold the fourth online award for the best Russian content “Samy OK” … This is stated in the message of the OK press service, received by the editorial office of “Lenta.ru”.

User voting for the best film, hit, series, show and broadcast of 2021 has already started. The nominees were selected based on the analysis of public data OK together with Brand Analytics.

Users can vote in a special mini-application “Samy OK” on all platforms. To make their choice, voting participants can watch trailers of films and TV series, bright moments from broadcasts of the most memorable events, or listen to tracks by performers. You can vote every day, no more than once a day from November 29 to December 12.

Each nomination included the top 5 most popular content in its category among social network users in 2021. So, in the nomination “Film of the Year” the films “Major Thunder: The Plague Doctor”, “The Last Hero: The Root of Evil”, “Dad”, “Palm” and “The Little Humpbacked Horse” take part.

The results of the award will be announced on December 13th. Winners will receive a special badge for all the content of their official group in OK with the symbols of the award, as well as commemorative figurines.