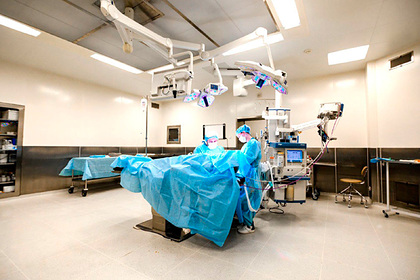 in Russia, an operation to implant electrodes, which provides the transfer of sensations from prostheses. This was reported in a press release at the disposal of Lenta.ru.

Electrodes embedded in peripheral nerves allow the artificial limb to be combined with the nervous system and transmit signals from the prosthesis to the nerves. The patients were two men with forearm amputations. One of them lost both arms in a fire and now wears bionic prostheses, but suffers from phantom pain that feels like a burning sensation. According to him, at these moments you want to dip them in cold water. The second patient lost one arm 26 years ago.

After implantation of electrodes to stimulate a peripheral nerve, initial sensitivity data were obtained. However, the participants will have to perform a series of tasks to select the parameters of stimulation in order to evoke sensations when touching cold or hot, as well as from squeezing or pressure on an object. The prostheses themselves, developed by Motorica, are equipped with ultra-precise pressure sensors.

According to Ilya Chekh, General Director of Motorica, it is planned to develop Russian invasive electrodes and stimulators for use in prosthetics and other fields of medicine in the future. The study itself aims to control the chronic phantom pain experienced by amputated patients, which should significantly improve their quality of life.