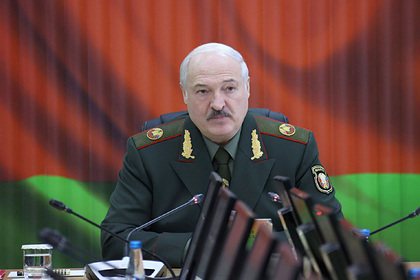 President of Belarus Alexander Lukashenko has become a savior for migrants and a real person Academy of Sciences of Belarus Nikolai Shchekin. BelTA reports this opinion of the sociologist in assessing what is happening on the Belarusian-Polish border.

“From the statements and behavior of the refugees, it was clear that for them Alexander Lukashenko became a savior and a real person. At a meeting with people who were destitute and lost their homeland after the “democratic bombings”, the president gave a detailed geopolitical alignment and assured the migrants of their complete freedom of choice, “Shchekin described Lukashenko's actions.

The sociologist opposed politicians to the Belarusian president from Poland and the Baltic states, whom he accused of inhuman and illegal treatment of migrants. Shchekin called them “disguised Nazis” and considered them part of the “political theater of absurdity of the collective West.” According to the report, people were caught, gathered in large groups and sent to the fence on the border with Poland. One of the migrant girls told how a Belarusian border guard set fire to her sleeping bag, which caused her legs to be burned.