Defense Blog: AM General and QinetiQ will create a hybrid version of the Humvee armored car 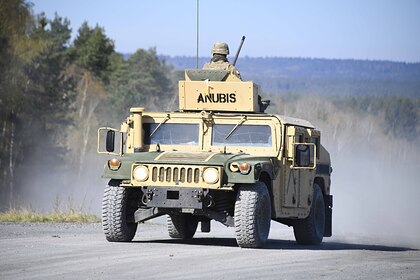 AM General, which developed the Humvee family is working on a new modification of the car. The manufacturer has entered into a cooperation agreement with the British company QinetiQ. The developers will create a hybrid version of the car, according to Defense Blog.

Within the framework of the new project, a Humvee concept with a hybrid power plant will be created. The developers plan to demonstrate the viability of military vehicles with an electric drive.

The development team has created two interactive models of a promising vehicle. Through virtual reality technology, the models demonstrate the integration of a QinetiQ electric drive into the Humvee. Defense Blog notes that the modernization of the car requires minimal intervention in the structure.

The manufacturer claims that the hybrid drive will reduce the acoustic and thermal signature of the Humvee. The use of electric motors will also reduce fuel consumption by 30 percent, which will make it possible to increase the vehicle's power reserve.

In August, US Navy builders created plywood copies of Humvees. Mockups are for logistics drills.