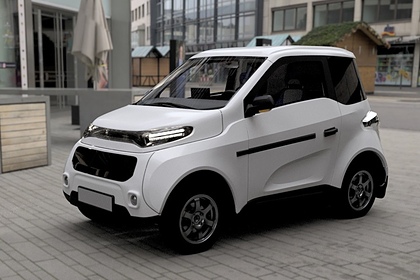 for wage arrears. A criminal case was initiated, after which the debt was repaid, Interfax writes with reference to the prosecutor's office of the Samara region.

The audit showed that the general director, “acting deliberately, out of selfish and other personal interest,” did not pay employees enterprises from July this year. As a result, the debt amounted to about 3.8 million rubles, the department explained.

In September, the Ministry of Industry and Trade expressed the hope that Zetta, along with several other representatives of the auto industry, should enter the market in the next two to three years. According to the concept for the development of electric transport, which was presented by the government in August, by 2024 at least 25 thousand electric vehicles should be produced in Russia. While there is almost no serial production in the country, the main successes are associated with the production of electric buses.

The total fleet of electric vehicles, according to the government's plan, will have to grow to 1.4 million units by 2030, which is comparable to the volume of sales in Europe only for the last 2020. In Russia, as of the end of last year, there were only about 11 thousand electric cars. The Ministry of Economic Development of Russia explained the forecast by “a significant lag of Russia behind the global trend” in the transition to electric vehicles.