Tikhonov about the results of the Russians on the WC: Irina Kazakevich is great, the 109th was in the individual 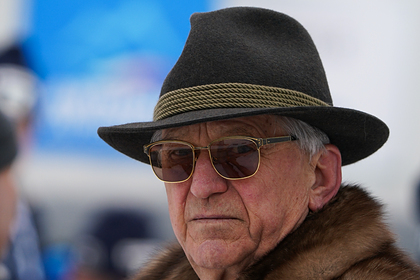 Four-time Olympic champion Alexander Tikhonov appreciated the performance of Russian biathletes at the first stage of the World Cup in Ostersund, Sweden. His words are quoted by RIA Novosti.

“Irina Kazakevich is great, she was 109th in the individual race, and already in the top hundred in the sprint,” said the main critic of Russian biathlon.

Tikhonov noted that for many years Russian biathletes have not been able to achieve success at the world level. “As commentator Dmitry Guberniev says, ours are again in the top twenty and in the best thirty. How long can you expect success from ours? ” – he said.

At the same time, the Olympic champion expressed confidence that the athletes will be able to return Russian biathlon to a high level. “Where there were traditions, victories will definitely return,” Tikhonov summed up.

Russian biathlete Irina Kazakevich took the penultimate 109th place in the individual race. The athlete had ten penalties and was 11 minutes and 36 seconds behind the leader.