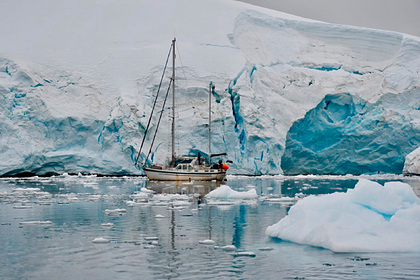 A married couple from Novosibirsk set a world record by making traveling on a yacht with children – with this achievement they entered the Russian Book of Records. The details of the situation were revealed by the journalist, documentary photographer and close friend of the Klochkov family, Yulia Galushina, who spent more than a year on the Lady Mary yacht together with the travelers during the voyage. Her message appeared at the disposal of Lenta.ru.

So, on November 26, 2021, the Klochkovs crossed their trail between the islands of Tahiti and Huahine and completed a round-the-world trip that lasted more than eight years.

“Sailing around the globe is an ambitious task in itself. And with children, but in untracked latitudes – it seems completely unreal. But we did it. We want to show that human capabilities are greater than we used to think, “said the mother of the Klochkov family.

Galushina also explained that the Klochkov family did not have time to submit an application to enter their trip into the Guinness Book of Records, therefore at the moment their swimming is registered only in the Russian Book of Records.

Earlier in November, it was reported that the Klochkov family was stuck in the Pacific Ocean due to the fact that many countries closed their borders for security reasons amid the spread of the coronavirus. Thus, the authorities of Australia, New Zealand and Christmas Island have denied the Russians an emergency call at the port. At the moment, travelers have been on an autonomous voyage for about 90 days.

The Klochkov family has been making a round-the-world voyage on the Lady Mary yacht for more than eight years. Their crew consists of four people – captain Andrey Klochkov, his wife Marina Klochkova, their daughter Anastasia Klochkova, as well as her sister, 10-year-old cabin boy Klochkova Lada. In 2013, they bought a yacht with money set aside for an apartment, and in the first winter they crossed the Mediterranean Sea from the west of Spain to Montenegro as part of a training session before the trip around the world. In November 2014, they went around the world from east to west from Montenegro, and in four years passed half of the first circumnavigation.

Due to fish poisoning on the islands, the family lost time and did not have time to get away from the hurricane season to New Zealand , so in November 2018 they had to interrupt their maiden voyage. Later, an expedition began on the most difficult round-the-world route through all the southern capes of the planet and Antarctica.