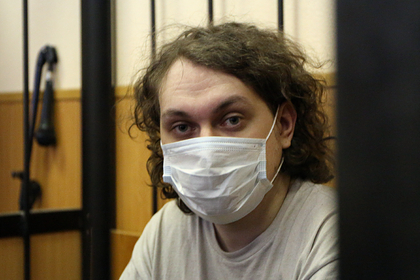 blogger Yuri Khovansky responded to a letter from the leader of the “Male State” ( recognized as extremist and prohibited on the territory of the Russian Federation ) Vladislav Pozdnyakov, recalling Jesus Christ. The fact of communication with Znak.com was confirmed by the girl of the blogger who is in jail, Maria Nelyubova.

“I understand that you have suffered a lot in your life, and you did not have friends. I myself was bullied at school. I understand you, but there is one guy who is ready to be friends even with you – his name is Jesus, ”the blogger wrote in a response letter. Khovansky added that sooner or later the leader of the banned movement “will get tired of living with hatred alone,” and then Christ will be happy to accept him, despite all his sins.

The letter from the founder of the “Male State” said that Khovansky ” limp. ” In addition, Pozdnyakov advised the blogger to “pray more often” in it.

Earlier, Khovansky described his condition in the pre-trial detention center with the words “I am already dead.” In the letter, Khovansky said that the investigation had involved dummy witnesses in his case. In addition, he expressed concern that he could be sent to a mental hospital because of a fabricated diagnosis. According to Khovansky, doctors in the institution are trying to make him a “fool.”