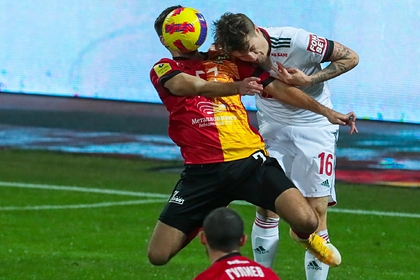 Tula “Arsenal” beat the capital ” in the match of the 16th round of the Russian Premier League (RPL). This was reported by the Lenta.ru correspondent.

The match took place in Tula. The score was opened in the 17th minute by the hosts' Russian midfielder Daniil Khlusevich. Tulyakov forward Evgeny Markov doubled Arsenal's lead in the 40th minute. Already in the second half, in the 58th minute, Markov scored a double, making the score crushing. In stoppage time, the railroad workers played one goal. After a corner kick, Muscovites' defender Pablo scored. Result: the home team won 3: 1.

Arsenal moved up to 12th place in the RPL standings. Lokomotiv remains in fourth place after 16 matches of the tournament.

Earlier, in the 16th round, a match between local Ufa and Spartak took place in Bashkortostan. The red and white managed to escape defeat thanks to a goal in stoppage time.