Rosgvardia: a Russian was detained who attacked a guard in a shopping center with a knife because of a QR code 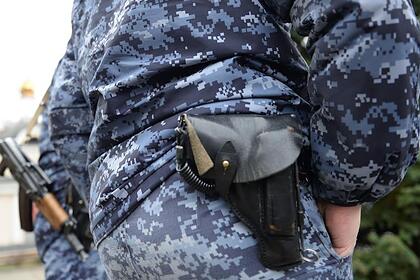 Special services detained a resident in Kazan Kazan, who attacked the guard of the Udacha shopping center with a knife after being asked to show the QR code. Ura.ru writes about this with reference to the Rosgvardia department in the Republic of Tatarstan.

According to the agency, the attacker refused to show the document after the guard's request, and then stabbed him in the arm. The crew of the non-departmental guard of the Russian Guard arrived at the scene and detained the attacker. It turned out to be a local resident born in 1973. He was taken to the territorial police department. The 65-year-old victim was taken to a medical facility.

The issue of initiating a criminal case against the man is being resolved.

In early November, an employee of a store in Yekaterinburg attacked a customer because she did not have a QR -coronavirus vaccination code. According to the preliminary version, the Russian woman refused to present a document, since a vaccination certificate is not required for grocery stores. As a result of the conflict, the cashier hit the client in the face.