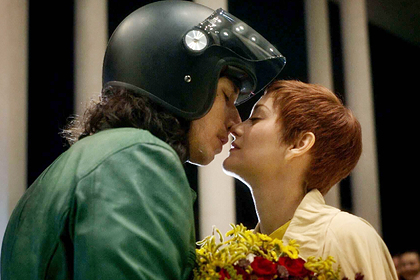 The first place was taken by Kelly Reichardt's film “The First Cow” – it was released back in 2019, but the digital release of the picture took place in September this year. The drama tells the story of the friendship between a chef traveling to the West during the conquest of America and an immigrant from China.

Leos Carax's film Annette, starring Marion Cotillard and Adam Driver, took the second place. The story of the marriage of a stand-up comedian and an opera singer was shown at the opening of the Cannes Film Festival. She won the nominations for “Best Director” and “Best Composer.” The main character of the film (Tilda Swinton) comes to Colombia to care for her sister in a state of sleep. There she begins to be haunted by a strange sound, due to which she gradually loses touch with reality.

The top ten films also included “Sit behind the wheel of my car”, “Superstar”, “French Gazette. Supplement to the newspaper “Liberty. Kansas Evening Sun” “,” Boarding! “,” The Girl and the Spider “,” Cold Calculation “and” Temptation “.