In Britain, a BMW driver drove into a pensioner's house and seriously injured her 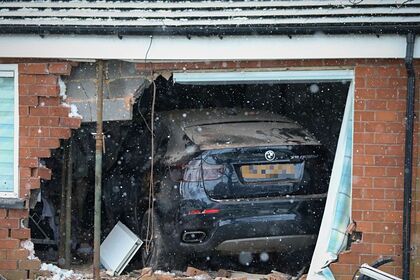 In the English city of Bolton, Greater Manchester, at house 92 -year-old pensioner was driven by a car and seriously injured her. This is reported by the Manchester Evening News.

On the morning of Sunday, November 28, a woman whose name has not been announced was at home. At some point, she was unexpectedly hit by a BMW car that crashed into the wall of the house.

The pensioner received severe leg injuries and was urgently taken to the hospital. The driver of the car, a 39-year-old Briton, received a head injury, but his life is not in danger. The man was arrested on suspicion of assault and serious injury as a result of dangerous driving.

Earlier it was reported that a blind man was hit by a car in Poland, after which he regained his sight. In addition, during this abnormally short time, all the injuries sustained in the accident healed.