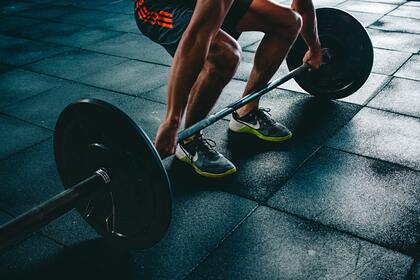 Weighing 207 kilograms resident of the Indian city of Ichalkaranji 100, Maharash Naharash state kilograms in ten months thanks to daily special training. This and other secrets of his success were highlighted by the Times of India.

Junaid Jamadar, 26, weighed 207 kilograms. Excess weight negatively affected the health of a man. His father gave him an ultimatum to lose weight. Jamadar himself wanted this: those around him looked at him like a giant and mocked him because of his appearance. The Indian took his father's demand seriously and decided to change his lifestyle once and for all. He set himself the goal of losing weight in ten months.

Now, for breakfast, Jamadar eats three boiled eggs and one orange, for lunch – one cake of butter dough, 200 grams of boiled chicken, salad and skim cream, and for dinner – only 200 grams of boiled chicken. Before the workout, the Indian eats an apple, five almonds and two walnuts, and after a workout he consumes a protein shake and three egg whites. Occasionally, a man allows himself pilaf, ice cream or other non-dietary meals.

In addition, the Indian began daily exercises for two muscle groups at the same time, as well as long cardio workouts. After each meal, the Indian goes for a walk for 10-15 minutes, and before going to bed he drinks green tea, which improves metabolism. The man also began to go to bed early.

After five months of training, the weight loss stopped. The Indian thought that all his efforts were useless, but he managed to overcome this plateau. Jamadar intended to lose 100 kilograms in ten months and fulfilled this promise. Admirable reviews from others help him stay motivated.

Earlier it was reported that a resident of the Indian city of Chandigarh, the capital of the states of Punjab and Haryana, lost 24 kilograms in five months, became a fitness trainer and helped 500 people lose weight. The man ate at least two servings of different vegetables daily and drank a lot of water.