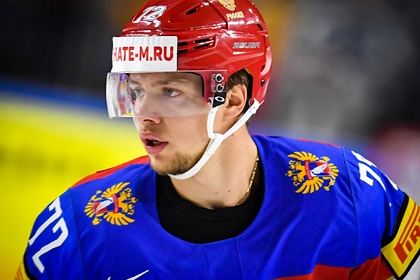 Russian striker New York Rangers Artemiy Panarin was fined five thousand dollars for throwing a glove at an opponent during a National Hockey League (NHL) match. This was reported on Twitter by the League's players' safety department.

The incident took place in a game against the Boston Bruins, the Canadian forward of the American team, Brad Marschand, was injured. Panarin, whose words are reported by journalist Vince Mercagliano on Twitter, said that his opponent spoke offensively about Russia. “All Russians will want to defend their country,” the forward added.

The NHL regular season game took place on Friday, November 26, and ended in a 5-2 victory for the Rangers. Panarin became the author of the winning puck.

This season, the Russian played 20 matches in the NHL regular championship. Panarin has five goals and 16 assists.