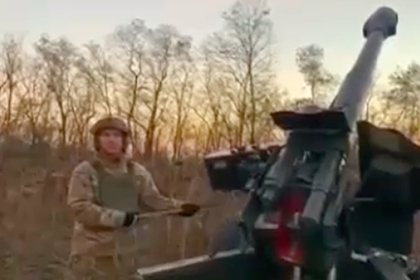 The State Bureau of Investigation as a journalist, Yuri Butusov posted a video in which he shoots a cannon at Donbass. This was reported on the agency's website.

At the same time, the RRB clarified that they were interested in who and under what conditions allowed a civilian to be armed. The investigation classified that shot as “Violation of the rules for handling weapons, as well as with substances and objects posing an increased danger to others” and “Planning, preparing, unleashing and waging an aggressive war.”

At the same time, to Butusov himself the RRB did not have any claims. The bureau also asked not to involve him in political games.

On Saturday, Butusov posted a video in which he fired from a howitzer towards the militia in Donbass. At the same time, the journalist said that he “devotes” the shot to the victims of the Holodomor. He also noted that it is likely that “may be involved in the deaths of some of the murderers of the Ukrainian people.”

Later, the first deputy chairman of the Federation Council Committee on International Affairs Volodymyr Dzhabarov called Butusov's shot a crime. Dzhabarov considered the journalist's act a planned PR action by a “not very smart person.” He added that sooner or later Butusov will bitterly regret the complete stupidity and will answer for his actions before the court.