Military Representative Repin: by the end of the year, the Ground Forces will receive 20 Armata tanks 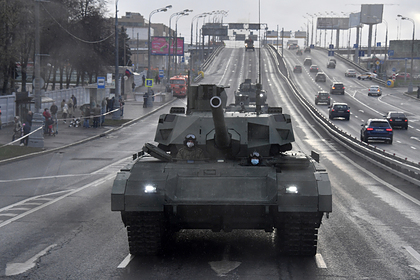 The Ground Forces will receive 20 T-14 Armata tanks “Before the end of the year. This was reported by RIA Novosti with reference to the interim chief of the 47th military mission, Major Dmitry Repin.

Deputy Minister of Defense of Russia Alexei Krivoruchko on Friday, November 26, visited Uralvagonzavod. At the enterprise, the deputy minister checked the production of tanks and held a meeting on the development of armored vehicles of the Ground Forces.

“It is planned to supply 20 tanks based on the Armata T-14 heavy interspecific tracked platform by the end of 2021,” Repin, a military spokesman, said.

According to him, under the terms of the contract, the tanks will be sent to combat units before the end of state tests. Repin added that work is now underway on an experimental-industrial batch of machines. This will allow you to gain experience in operating equipment in the troops.