Analyst Felgenhauer: The Russian “invasion” of Ukraine will not begin until January due to the weather 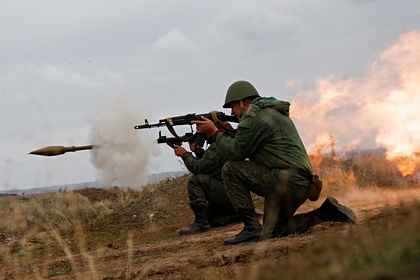 ” to Ukraine. According to analysts interviewed by Bloomberg, in the event of a “invasion” of Russia, the operation will begin no earlier than January due to weather conditions and poor road conditions.

For example, an expert from the American research organization Jamestown Foundation Pavel Felgenhauer said that thaw season is observed ( the period when it is impossible to drive on the roads because of the mud, – approx. “Lenta.ru” ), “that is, mud”.

DPR and Ukraine declare mutual shelling and are preparing for war. Why are Russia accused of aggravating the situation in Donbass? April

According to him , in the event of an offensive by the Russian Federation, it will be necessary to bypass the Ukrainian grouping in Donbass along the flanks, and then gain a foothold in occupied positions. “To achieve this, tanks and other military equipment will have to move through black soil, which is not possible now. But as soon as the frost hits, they will be able to go wherever they want, “he said.

Also, according to the analyst, Russia will have to increase its numbers in order to achieve a significant advantage (two to three times) over the enemy. In his opinion, not all the necessary units have been deployed to the Ukrainian border.