Investigative Committee of the Russian Federation: a case was initiated against a resident of Rostov-on-Don, who set a dog on policemen 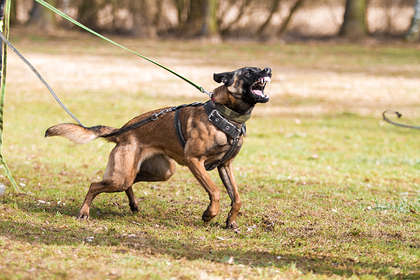 who set his dog on the police. RIA Novosti reports about the incident with reference to the representative of SUSK of Russia in the Rostov region.

The interlocutor of the agency clarified that the 42-year-old resident of Rostov-on-Don is accused of committing a crime under Part 1 of Article 318 of the Criminal Code of the Russian Federation (“ The use of violence against a government official in connection with the performance of his official duties “).

According to him, the man” ignored the lawful demands of the police on the inadmissibility of violating public order, “and set a dog on law enforcement officers. The dog bit one of the police officers, leaving a wound in the forearm.

Earlier it was reported that in Mytishchi near Moscow, a drunk man set his fighting dog on a Russian woman. The footage from the scene shows a man getting out of a red car and opening the door for a dog, shouting “take it.” The animal begins to bark and attack the woman, and the Russian tries to take her phone away.