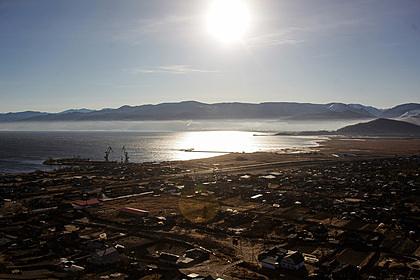 the country will take all necessary measures to prevent the inclusion of Lake Baikal in the list of UNESCO heritage sites under threat. Her words are reported by TASS.

According to Abramchenko, the issue of adding the reservoir to the list of natural objects that are in danger can be removed before the start of the meeting of the organization's committee in Kazan in 2022.

” The Russian Federation will do everything for this, and such an issue will not be on the agenda, “the Deputy Prime Minister explained.

The World Organization allowed the lake to be included in the list of objects” Natural Heritage under Threat “in connection with the problem of coastal development Russian reservoir. This issue was raised at a regular meeting of the UNESCO World Heritage Committee.

Earlier, Abramchenko said that Lake Baikal was saved from an environmental catastrophe – pollution from the activities of a nearby pulp and paper mill was eliminated. “The oversludge waters in the storage cards have been successfully lowered and purified, which eliminated the risks of destruction of dams of hydraulic structures and volley pollution of Lake Baikal with waste generated in the course of BPPM's activities,” said the Deputy Prime Minister.