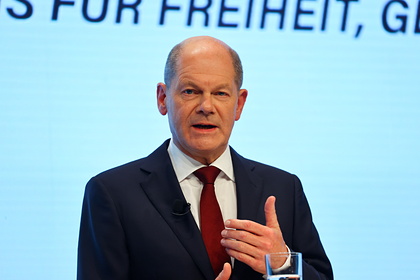 Future German chancellor and leader of the Social Democratic Party (SPD ) Olaf Scholz opposes the presence of American nuclear weapons in Germany. Such a problem for the United States represented by Scholz was stated by the German political scientist Alexander Rahr in an interview with the Internet publication 47news.ru

Related materials 00:02 – 28 September Lack of democracy. Power is changing in Germany. Who will lead the country to the future and what will it be? 00:01 – 22 September

Russian gas: what did Germany get over the 16 years of Angela Merkel's rule?

The expert noted that the SPD have always been more critical of Washington, in contrast to the Christian Democratic Union (CDU). Rahr noted that difficulties in relations can also cause defense budget issues.

“The government coalition agreement does not say, as it was under the Christian Democrats, that Germany will spend its two percent of GDP on NATO. This means that serious friction may arise on this issue, “the political scientist said.

Earlier, Rahr said that he sees in the current situation with the migration crisis on the border of Belarus and Poland the risk of a third world war. He noted that the aggravation of the situation could lead to unpredictable consequences. “More and more serious historians and analysts say that we in Europe are already living in a situation that is very reminiscent of the First World War, its beginning,” the expert shared his fears.