Izvestia: the surviving miners of Listvyazhnaya in Kuzbass complained about the negligence of their bosses 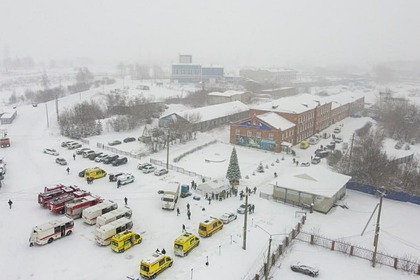 As a result of the gas explosion, 51 people died, in an interview with Izvestia they complained about the negligent attitude of the authorities to the fire safety rules at the facility.

“Of course, no one looked at fire safety. The bosses don't care. On such a large production, God forbid, something stops – this is a loss of money, and people do not care. We will die, so others will be found, ”said a surviving employee of the enterprise.

The relatives of the victims and the victims also told the publication about the repeated complaints of the miners about the smell of methane. According to them, the miners a few days before the incident complained that their superiors forced them to go to the mine despite the fact that the sensors showed an excess of the permissible level of methane, at which it is strictly forbidden to work. As a reward, the employees were promised good bonuses.

According to the miner's widow, Yulia Golovnin, some self-rescuers did not work for the miners, and on the eve of the emergency there was already smoke in the mine. Another widow, Svetlana Gulyaeva, told the newspaper that a few days before the incident, the miners were arguing with their superiors, trying to convey information that methane exceeded the seven percent mark. “But the boss answered them:“ Why are you setting up a panic, go, work, we'll pay you two hundred thousand each, ”she said.

Previously, an anonymous employee of Listvyazhnaya, in a conversation with Lenta.ru, said that the management of the mine had ignored the problem of increased gas pollution in the mine for years , and all dissenting employees were asked to “go into the cold”. He noted that the employees of the mine rarely came into conflict with the authorities, since Listvyazhnaya was practically the only place where local residents could receive decent wages.

A gas explosion at the Listvyazhnaya mine took place on the morning of November 25. 51 people died, 63 were injured. On the same day, the Governor of Kuzbass Sergei Tsivilev announced a three-day mourning in the region for the miners and rescuers who died at the mine. It will last from 26 to 28 November.