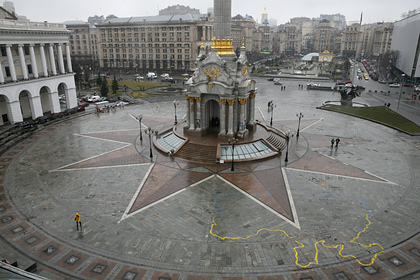 Representatives of the Ukrainian radical party “National Corps” (banned on the territory of Russia) decided to celebrate the “Day of the provocateur” and hold a “performance-action” on the Independence Square in Kiev. This was reported in the Telegram-channel of the political force.

The party announced the upcoming action. They said that on December 1, activists will take to the square to remind people of the events of eight years ago.

Radical mopping-up. Ukraine decided to get rid of nationalists. Why does the country no longer need the main force of the Maidan? 00: 02 – October 7

“The crisis will come by spring” Zelensky gets rid of political competitors. Why doesn't that help him hold on to power?

In particular, the radicals pointed out that it was on December 1, 2013 that the “Revolution of Dignity” began, and Ukrainian nationalists managed to seize the October Palace, the House of Trade Unions and the building of the Kiev City State Administration (KSCA) and attempt to storm the Administration of the President of the Republic.

“We call on patriots to come to the Independence Square on December 1 to mark the anniversary of the beginning of the Revolution and remind the authorities that sooner or later traitors will flee to Rostov!” – stated in the “National Corps”.

In August, in the Kharkiv region, the Security Service of Ukraine liquidated a group of nationalists engaged in racketeering. In particular, the security forces detained several members of the local branch of the National Corps, who were accused of creating a criminal group and extorting money from entrepreneurs.

After that, the head of the central headquarters of the party Maksim Zhorin accused Ukrainian President Volodymyr Zelenskyy of “cleaning up the street “, And the leader of the political force Andriy Biletsky threatened to” break “the government for the” true patriots “of the country.