RIAC head Kortunov: the British military in Germany will not change the balance of power between Russia and Ukraine 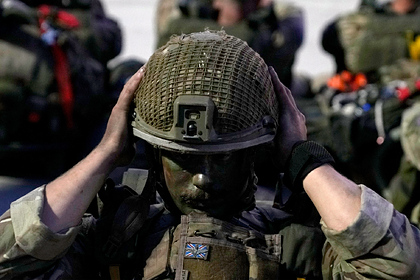 Several hundred British troops stationed in Germany, will hardly be able to somehow change the balance of power between the Russian Federation and Ukraine. So the role of the British military in a possible Russian-Ukrainian conflict, in an interview with Lenta.ru, was assessed by Andrey Kortunov, Director General of the Russian International Affairs Council (RIAC).

“The interests of Ukrainians are not taken into account” The US sends warships to the Black Sea. What is expected in the West from the aggravation in Donbass? 15:34 – June 23

Russian sailors used weapons against the British destroyer. What is known about the incident Black Sea?

According to him, London's decision to transfer troops to Germany in case of a war between Russia and Ukraine should be viewed more as political and symbolic: in this way, the British authorities demonstrate their support to Kiev. “In a military sense, one should probably not overestimate the significance of this decision,” the head of the RIAC noted.

In addition, such a step fits into the strategy of “global Britain,” which implies an increase in the country's geopolitical activity in key regions. the world. “Since Europe, of course, belongs to such regions, then Britain's attempts to intensify its role in the Ukrainian conflict are understandable,” Kortunov explained.

Earlier, British Lieutenant General Ralph Wooddiss said that London would create new military bases in Germany, Kenya and Oman. He clarified that the transfer of part of the troops and hundreds of units of military equipment to Germany will be carried out within the framework of transformations in the army in case of war with Russia. According to The Times, the new units will include Challenger 3 tanks, Boxer armored personnel carriers, mine clearance equipment, drones and artillery.